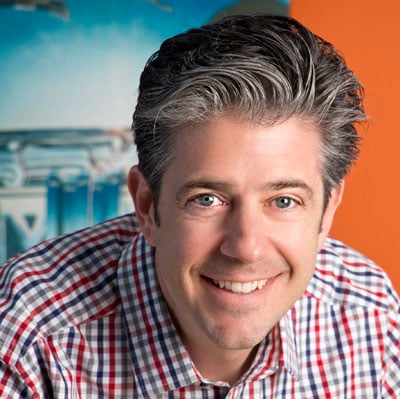 We want to help brands that want to grow better & win!
If that sounds like you, I'd like to show you what we have learned that has created an increase in traffic, leads and customers for our clients.

Chuck Tate grew up around racing. From the age of three, Chuck was attending races at a dirt track just west of Chicago, Illinois. After college, this passion for racing grew and Chuck wanted to get behind the wheel. As was the case for many others, Chuck’s entry point into racing was competitive kart racing. The thirst for speed, and the thrill of competition was in his blood, and hasn’t left him to this day.

While Chuck’s chance as a professional driver never manifested, his heart stayed close to the sport. While working for a chemical company in 1997, Chuck had the opportunity to put together a website for his boss to help bring people from the US and UK together around an upcoming wedding. The power of that experience was not lost on Chuck as guests shared stories and pictures of the event.

Over the next several years, Chuck worked in his spare time to develop a web presence for local businesses in the Chicago area, including some kart racing websites.

In 2002, it was time for Chuck’s avocation to become his vocation. While living in Minneapolis, he put together a team to focus solely on web design and development in the racing industry. His first list of clients included Ferrari North America and Chip Ganassi Racing.

Chuck then made the move to the Charlotte region, set up his permanent home and started developing the business relationships with NASCAR and INDYCAR racing teams, tracks, sanctioning bodies, and commercial companies growing his agency to where it is today.

Chuck resides in Davidson with his wife Melissa and his two children. And don’t be surprised to see one or all of his family members on a kart track near you.

If I have seen further than others, it is by standing upon the shoulders of giants.
- Isaac Newton

Get to Know Chuck

← Back to Leadership page